The second time I visited Egypt was one week after I had left – that’s how long it was bearable for me to be away. I wanted to find a tabla (Indian drums) for my aunt, who lives in Oxford and loves playing the tabla. I found myself walking along Muhammad Ali Street, chaotic and full of musical shops. Not realising the word for tabla in Arabic was “tabla”, I had the image of a tabla on my phone, which I would gingerly show men* as I walked down the street. 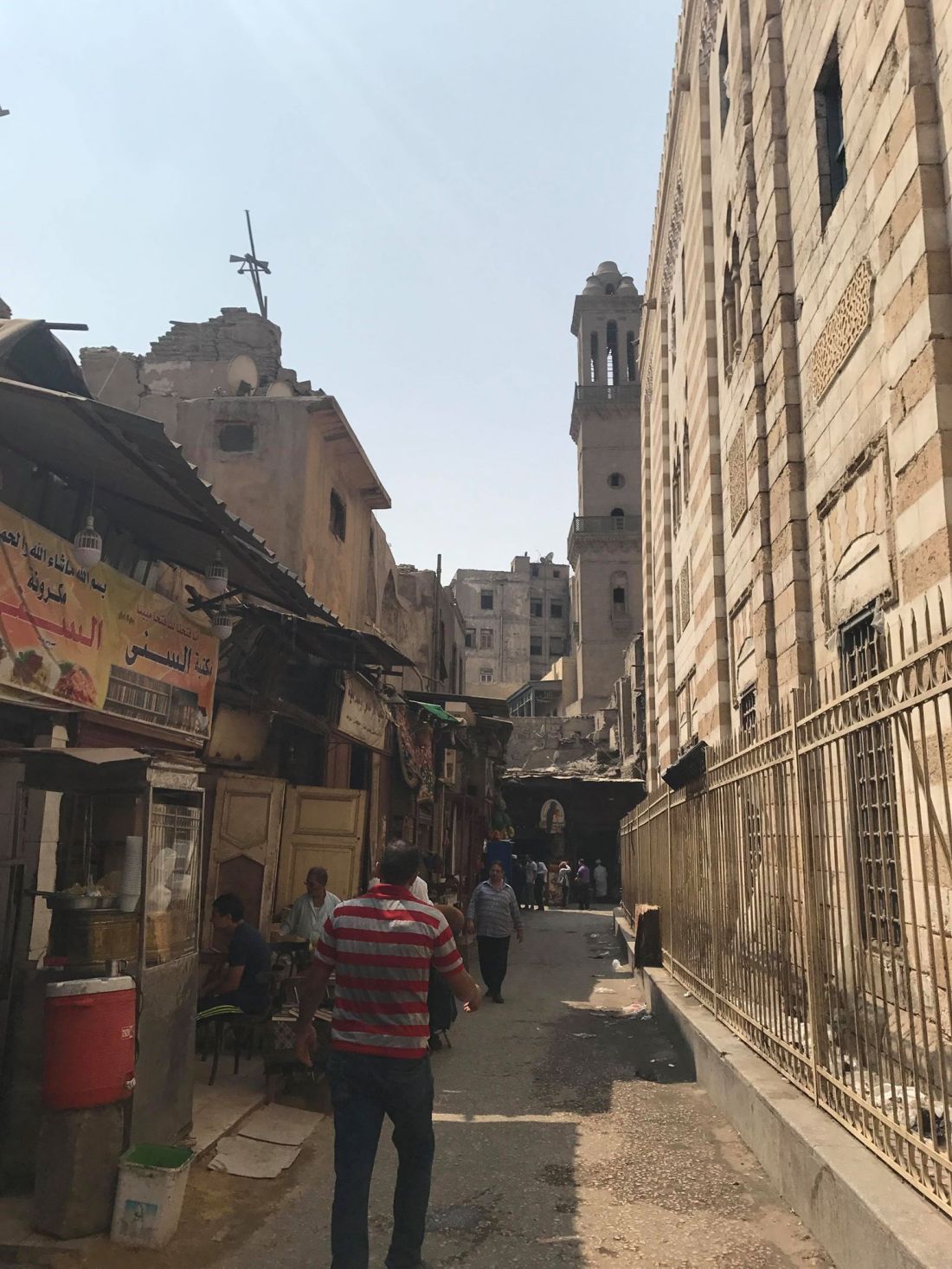 Finally, one young boy took my phone, and began to walk away with it, while motioning for me to follow him. Alarmed, I immediately began following him, preparing myself to sprint after him if he decided to bolt with my phone. He brought me to a little shop where there was a round, little old man sitting inside, with a pair of spectacles hanging around his neck, and he was happily talking away in Arabic on the phone. The young boy and I awkwardly waited there (he still had my phone), before the little old man hung up the phone, looked at me with smiling eyes surrounded by wrinkles, and said (in quite good English) to me, “Good Morning!

It was a great feeling to find someone who could speak some English, perhaps the first for a few days. “Good Morning!” I replied back to him happily. Soon enough, he and the young boy had invited me in for tea at least three times. I could no longer refuse. So there I was, sitting in a store with this round little old man whose name I can’t remember, drinking hot tea in little plastic cups with no milk, chatting away happily. He asked me many questions, and had me write my email down on a piece of paper. Ah, the difference between the Instagram, Twitter, and FaceBook dominated first world! At one point I was on the phone talking to his brother who lived in England and his brother’s wife. Finally, he led me to another shop, where they sold tablas, and where I, according to him, got a tabla for supposedly much cheaper the original price.

My experiences in Egypt are filled with stories like this. The kinds of stories that only happens in a country free of the burdens of the everyday rush, the 9-5, the commutes, the competition of who-can-make-the-most-money-the-quickest; it is a society where human connection, a conversation over some tea, under the golden haze of the sun that is only quite so golden in Egypt, and عيش (“aish”, the Egyptian Arabic word for “bread”, literally meaning “life”- this is symbolic of their society and views), is everything. It wasn’t long before I had fallen in love with the Egyptian sun, their aesh beladin (Egyptian flatbread) ,طعمية (“ta’ameya”, Egyptian falafel made with fava beans) , and the Egyptian people and society itself.

One of the nights that trip I found myself at a concert of Ghalia Benali, the Tunisian singer who is extremely influential in the Arab world for contemporary Arabic music. It was set inside a huge mosque, with babies, grandparents, families with members of all ages there, spread out across the grass. Some had brought stools. By the time it was the end of the concert, people had stood up on stools to see her better (some brave individuals even stood on the backs of chairs). Everyone clapped to the tune, as, in that moment, we were all connected, through the same vibrations that coursed through our bodies, our hands clapping in the same movements harmoniously.

*Men due to the fact that most of the people on the streets in Egypt are men. There are many factors due to this. As a religious, military state, where women do not enjoy the freedoms such as they may in the US or UK, or other democratic Western countries, the men are often sauntering in the street, gazing at you. This is also due to the destitute state of the economy currently, rendering many bored out of their minds everyday.